To be able to describe the motion of a body in mathematical terms, we must first understand the type of motion it is undergoing. The equation(s) of motion to be used will vary depending on the situation under consideration.

There are three general cases of linear motion characterised by the type of acceleration it is undergoing.

If the object’s speed is fixed at all times, then it does not experience any acceleration or deceleration at all. Its speed will remain constant as time changes. Remember that there may or may not be forces acting on it but there is no net force causing it to accelerate. The equation of motion used in this case is simple, in the form of:

\(v\): speed or velocity (in m/s or ft/s) \(s\): distance travelled or displacement (in m or ft) \(t\): time taken to travel that distance (in s)
Example 1
A person takes 10 minutes to walk from point A to point B. Calculate the distance separating the two points, assuming that he walks at a constant speed of 1.5 m/s the whole time.

Answer: First, the time taken needs to be converted to seconds to remain consistent with units. By plugging in the values into the equation, we then get a distance of 900 m. 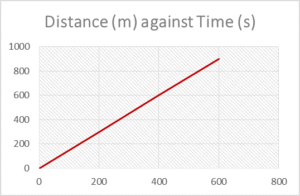 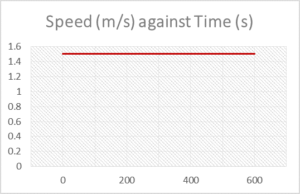 In this case, the body accelerates at a constant rate throughout its motion. The speed it travels will therefore change as time advances.

Typical graphs for this type of motion are as shown below. 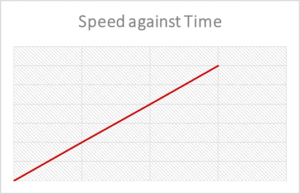 The following formula of motion are then used: 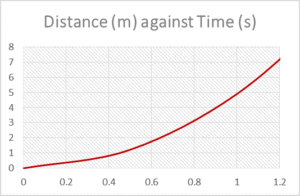 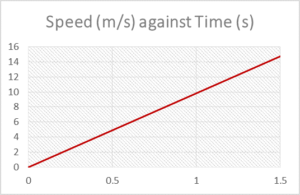 Each object undergoing this type of motion will have a specific equation describing its displacement, velocity and acceleration at specific points in time. By knowing one of these equations, it is possible to determine the others by integrating or differentiating with respect to time. For this type of motion, it is important to keep in mind the following:

Example 3
A particle moves in space with its speed given by the equation \(v= 4t^3 + 6\). Find its speed, distance travelled and acceleration at time t = 5 s. 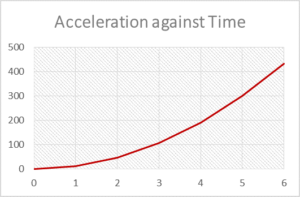 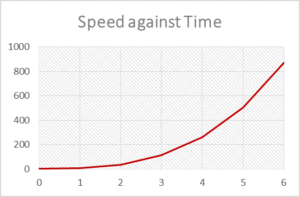 Consider a body that is moving in circular motion about point O as shown below. 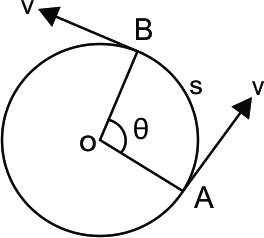 If the body takes a time \(t\) to make an angle \(\theta\) about point O, then we can find its angular speed using:

The period \(T\) for the object to complete a full revolution is given by:

The linear speed can also be found by dividing the last equation by time taken \(t\):

The motion of a projectile thrown at an angle \(x\) degrees relative to the ground is shown below. 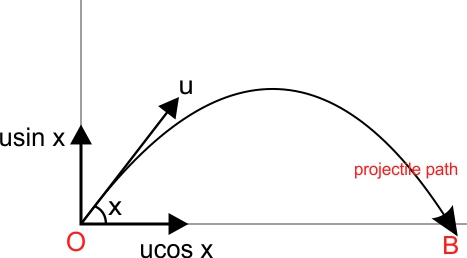 As soon as a projectile is released, its trajectory will depend on two things: its initial velocity and the acceleration due to gravity.